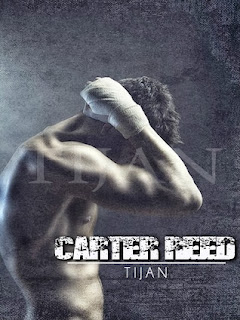 Let's talk about the heroine of this story, Emma. We open the book and one of the first scenes is her roommate being raped by her boyfriend. Emma takes almost no time at all to rectify the situation. She gets her brothers old gun, and shoots. Knowing this is a son of a mobster, she is not sure where to run to after all is said and done. Thus starts our story...

Growing up all she had was her brother and Carter.  Raised in foster care, she learned early to protect herself, especially after she had to witness her brothers brutal murder, and wasn't allowed to do anything about it. And after losing her brother, she lost Carter as well (or so she thought).

She is very protective and loyal to her friends ...first with her roommate, then she sacrifices herself to save her friends,  and finally with Carter. She does what she has to do to keep them safe & protected.
I feel she is strong and fearless and I love that in a heroine.

Carter Reed, what can I say? *sigh*
A man who, after witnessing his best friend get murdered and knowing his friends sister had witnessed it all, enraged him enough to seek revenge. He worked his way up through the mob for a decade and trained his body to be the ultimate weapon,  to protect the one girl he loves, Emma.

He had to keep his distance for her sake, but always kept an eye on her to make sure she was protected.
After Emma's little shootout,  he was there to clean up her mess (unbeknownst to her) , and was waiting for her to show up to ask for his help, his golden opportunity, to get to see and speak with her again after 10 years. When his opportunity arrives, he does everything in his power to take advantage of it.

Carter seems to be the whole package, a lover and a fighter. He is very protective, but not overbearing, but still every bit Alpha. 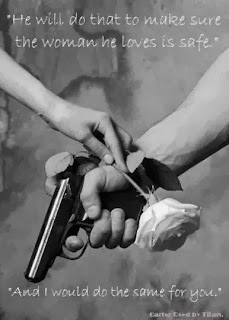 I loved this action packed story. I felt connected with the heroine, because she did what i feel i would do in her situations. I give this book 4 swoon worthy stars. Carter Reed totally did it for me, and i have and will recommend this book to friends.