A Righteous Kill by Kerrigan Byrne 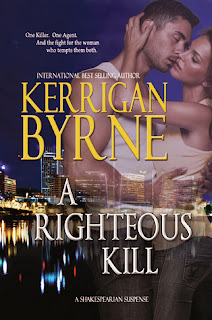 O.M.G. If I wasn't a recovering Catholic already, I'd be one now!

When a serial killer who calls himself John the Baptist is crucifying and ‘baptizing’ prostitutes in Portland's Willamette River, FBI Special Agent Luca Ramirez is desperate to find him before the next girl is killed. After the call comes that another victim is found, Luca responds to the scene only to find the latest victim is still barely clinging to life. Agent Ramirez is assigned to keep Hero Katrova-Conner safe when John the Baptist threatens to finish the job he failed. Luca and Hero are thrown into a cat and mouse game with a psychopath while also trying to fight a growing attraction that neither can deny....

This book was given to me as an ARC with the agreement that I'd write an honest personal review.

Let me begin by saying I didn't know what to expect from this author as I've never read her before, but I was quickly sucked into the story and found I couldn't read fast enough. As serious as the storyline is, there is some very witty banter between the characters that had me laughing several times. The gay best friend of Hero teasing Agent Ramirez's partner, Vince, telling him to "...relax. I can tell you're strictly for innies, not outies...." And the phrase "twat waffle" even made its appearance in this book. Hero comes from a large family with strong Irish Catholic values and several alpha personality brothers who want to protect her by any means necessary. Throw in a couple of Catholic priests, a super creepy ex-boyfriend, the description of Asmodeus (king of the demons),  and lets not forget the psychopath serial killer, and you got yourself the makings of a very good book! All in all I will say I'm not at all disappointed that I read this book and I would definitely recommend it to you as one to read! 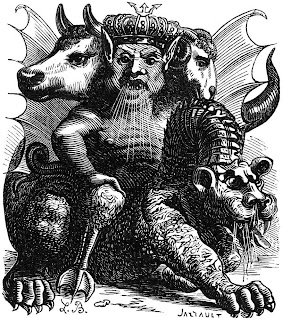