"I’m willing to spend the rest of my life showing you how much you mean to me. I’ll work every single day to be the man you deserve, but let me make love to you tonight. Let me know what it’s like to feel you again. Please."

I have to say I love M/M books and Kindle Alexander has the hottest, sexiest men in this genre. 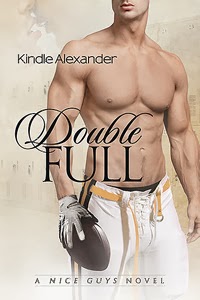 Up and coming football hero, Colton Michaels, makes a Hail Mary pass one night in the college locker room that results in the hottest, sexiest five days of his young life. However, interference after the play has him hiding his past and burying his future in the bottom of a bottle. While Colt seems to have it all, looks can be deceiving, especially when you’re trapped so far in a closet that you can’t see your way out. When ten years of living his expected fast-lane lifestyle lands him engaged to his manipulative Russian supermodel girlfriend, he decides it’s time to call a new play.

Jace Montgomery single-handily built the largest all-star cheerleading gym in the world, driven by a need to forget a life-altering encounter with a handsome quarterback a decade ago. His reputation as an excellent coach, hard-nosed business man, and savvy entrepreneur earned him respect in the sometimes catty world of competitive cheerleading. When Jace learns of his ex-lover’s plans to marry, his heart executes a barrel roll and his carefully-placed resolve tumbles down without a mat to absorb the shock. Can his island escape help him to finally let go of the past and move his life forward? 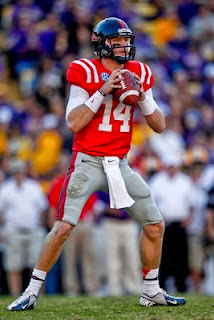 This is a story that everyone has heard, or it is?   Star quarterback and the cheerleader?  From the first moment Colton Michaels catches a glance at Jace Montgomery he was hooked,  floored at the site of this beautiful site in front of him.  It takes Colt 4 years to make his move on the very much out of the closet Jace,  and he found what was missing in his life, he found he was not living just existing.  But after a perfect 5 days in Hawaii together they are torn apart by the hatred of gays from Colt's own father.  After 10 years Colt has had enough of life and seeks out the only one who has ever mattered to HIM

"I love you, Jace. I always have, and through all my mistakes, I wanted you to know I’ve never said that to anyone else. Only you.” .

“I’ve never gotten over you. Ever. Not one day passed that I didn’t think about you. For me, you’re the love of my life. Wherever you are is exactly where I want to be,” 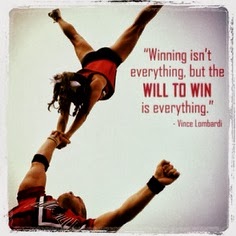 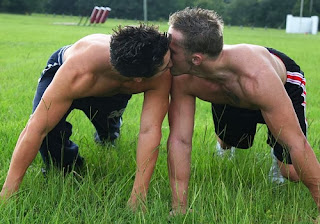 This book is beautifully written,  great character flow and build up to the reunion of Colt and Jace.  The way Kindle Alexander expresses each of their feeling and emotions is gut wrenching, I found myself with tears on my face numerous times through the whole book, not in anguish but with true FEELING!  I cheered for Jase after Colt left him without a goodbye and I cheered for Colt to win back the love of his life.  This book has a football setting that I loved and we know that being gay in the locker room today is as bad as don't ask don't tell is for the military.  Ms.  Alexander has been placed within the auto buy column for me and i think she could be become one for everyone within the Manlove genre.

I give is book 4.5 cheering stars.

Best Selling, and newly award winning (whooo hooo!) Author Kindle Alexander is an innovative writer, and a genre-crosser who writes classic fantasy, romance, suspense, and erotica. It’s always a surprise to see what’s coming next! Happily married with too many children, and dogs, living in the suburbs of Dallas.

Usually, I try for funny. Humor is a major part of my life – I love to laugh, and it seems to be the thing I do in most situations – regardless of the situation, but jokes are a tricky deal… I don’t want to offend anyone and jokes tend to offend. So instead I’m going to tell you about Kindle.
I tragically lost my sixteen year old daughter to a drunk driver. She had just been at home, it was early in the night and I heard the happen. I’ll never forget that moment. The sirens were immediate and something inside me just knew. I left my house, drove straight to the accident on nothing more than instinct. I got to be there when my little girl died – weirdly, I consider that a true gift from above. She didn’t have to be alone.
That time in my life was terrible. It’s everything you think it would be times about a billion. I love that kid. I loved being her mother and I loved watching her grow into this incredibly beautiful person, both inside and out. She was such a gift to me. To have it all ripped away so suddenly broke me.
Her name was Kindle. Honest to goodness – it was her name and she died a few weeks before Amazon released their brand new . She had no idea it was coming out and she would have finally gotten her name on something! Try finding a ruler with the name Kindle on it.. it never happened.
Through the course of that crippling event I was lucky enough to meet my writing partner. I would have never gotten through those dark days without her unwavering and guidance. There wasn’t a time she wasn’t there for me. For the first time I used the hand offered. I know without question I wouldn’t be here today without her. It takes a special person to come stand beside someone at a time like that. I will love her forever. I could go on and on about both of them, but I won’t and now you know a little more About Me.
Kindle Alexander Website
Texas Pride
The Current Between Us
Double Full