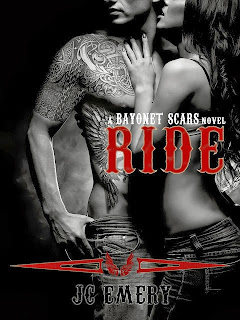 Ride is the first book in a series.  It is a combo mob/MC book so double the tough men.  Also it has some fun Italian phrases.

The story begins with Alexandra Mancuso, daughter of Carlo Mancuso, the boss of the Mancuso crime family.  Although 19 years old, she is very sheltered and is always told exactly what to do by her father.  She has a twin brother who, unlike Alex, is allowed to be part of their father’s business and have a nightlife the way young adults do.  Alex happens to get caught up in some mob business by total chance and lets the wrong thing slip.

Ryan, third-generation Forsaken MC, which was actually started by his grandfather, is worried about nothing except riding and having fun until Alex is thrown into his life, sparking instant attraction; although, Ryan is against being tied down no matter how strong the connection.  Alex is labeled off limits to him right from the start at the sake of his cut, but being told what he can’t do makes Ryan want her all the more.  He’s not one to follow rules from anyone. At the same time, knowing what she could cost him, makes him fight it even harder. 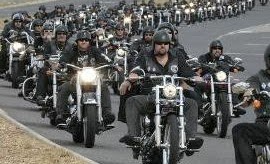 I'm looking forward to finding out more of the story in the next book.