Try by Ella Frank Reviewed by The LaSalle Sisters

Who are the LaSalle sisters you ask?

Well they are none other than Iza, Cheryl, and myself.

Formed during a creative writing segment, it took on a whole new life of it's own, and now you have us, The LaSalle Sisters.

Enough about us, let's talk about the delish Tate and Logan!! 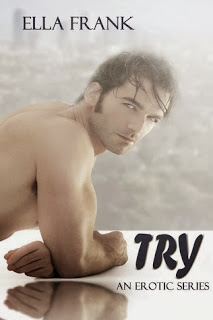 Try – verb: to make an attempt or effort to do something or in this case…someone.

Sex. Logan Mitchell loves it, and ever since he realized his raw sexual appeal at a young age, he has had no problem using it to his advantage. Men and women alike fall into his bed—after all, Logan is not one to discriminate. He lives by one motto—if something interests you, why not just take a chance and try?

And he wants to try Tate Morrison.

Just coming out of a four-year marriage with an ex-wife from hell, a relationship is the last thing on Tate’s mind. He’s starting fresh and trying to get back on his feet with a new job at an upscale bar in downtown Chicago.

The only problem is, Tate has caught the unwavering and unwelcome attention of Mr. Logan Mitchell – a regular at the bar and a man who always gets what he wants.

Night after night Tate fends off the persistent advances of the undeniably charismatic man, but after an explosive moment in the bar, all bets are off as he finds his body stirring with a different desire than his mind.

As arrogance, stubbornness and sexual tension sizzles between the two, it threatens to change the very course of their lives.

Logan doesn’t do relationships. Tate doesn’t do men. But what would happen if they both just gave in and…tried?

"Tate's eyes moved from the highball glass to the blue ones peering back at him from behind narrow, black hipster glasses. This guy screamed sophistication, from his styled black hair, slickly parted to the left, to the perfect amount of stubble. He clearly took his image seriously." 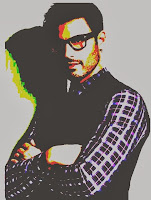 "Well, It's nice to meet you, Logan. I'll be back when you need a refill."""Well played. Logan watched the back of the still-nameless guy move away from him. Well fucking played."" 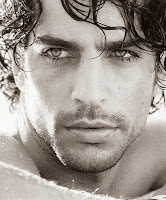 This book is the ultimate game of cat and mouse that most definitely surprises the cat, as well as the seriously confused and conflicted mouse ...and in the end, you're no longer sure who the cat or the mouse is.

"Tate walked to the door and reached out a palm to grip the handle. Before he turned it though, he looked at Logan And trailed his gaze over him, and then Tate did something completely out of character. He winked at him. "So? Now, I've tried."With that, the sexy fucker walked out the door"

I love the aspect of going through everything and growing along with Tate. I felt every conflict and emotion he went through during his "transition". With Logan being who he is, it seemed to make the changeover ALMOST that much easier. I know I would never have been able to resist Logan if I were Tate. 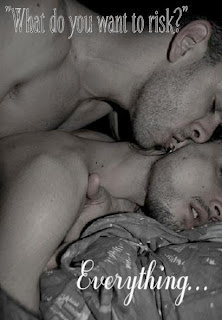 "Then, trust me, you want it. Think about it, get comfortable with the idea, and when you're ready, I'm going to make you feel so Unfuckingbelievable that you'll wonder why you ever questioned it." 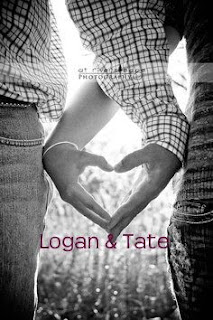 Tate and Logan have swiftly become some ultimate BBF's, with their smoldering chemistry and hot hot scenes, you just can't pull away from this book.

"It would either be the bravest thing he'd ever done or the most stupid. He looked directly into Logan's eyes, and told him, "I always was. What about you-are you ready to try?"
Ella nailed the m/m genre. Id give this book 10 cocky smirks if I could!!

He’ll say yes! Of course he will!

Who’s he, you ask? Mitchell. A confident and arrogant – not to mention sexy – bastard lawyer in an Armani suit and nerdy glasses. A guy whose motto is: try. Simple as that. One word, three letters. This made him into what he is now. A man-whore. One that does not shy away from trying anything with anyone. He’s batting for both teams. Man or woman, it doesn’t matter, as long as there’s an attraction and as long as the other person knows not to expect anything other than a one-nightstand from . How he came to be a man that does not believe in relationships or love, for that matter, you’ll find out by reading this amazing book. No, he’s not one just for the hell of it. Oh and he’s funny too, having always a witty comeback for anything. Okay, so almost. 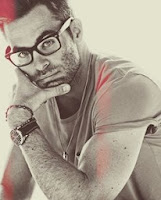 Tate Morrison. The straight – maybe not so straight, after all – bartender. Tate’s just got out of a nasty marriage – or at least, he’s trying to – and he’s not really interested in anyone. Women, that is. Until Logan Mitchell steps into the bar he works at and changes that. Changes his mentality and his world. I’d say manages to rock the very foundation Tate has been building his life on. Coming from a religious family where many things are frowned upon, Tate is confused and refuses to believe he is attracted to the sexy lawyer. Funny and sweet, Tate is stunned by the way his body responds to and everything about drives him mad. But he likes him. A lot.

I loved the dynamic between them. I loved the fact that things change and shift a lot, as the story is being told. We always know what both of them are thinking and feeling and the author not only tells us, but shows us. The chemistry between these two is off the charts and I can’t remember ever reading a similar one at an M/F relationship. Let’s face it. Women whine and bitch a lot. Whether we admit or not. So, reading a book where the only female characters are Tate’s co-worker, Amelia; his sister and ex and the barista at ’s favorite coffee shop, is a major breather for me.

This is the first M/M novel I’ve read.

Sure, there were others with M/M scenes but those scenes were only about the sex. This? This is so much more than just sex. It’s about one of them accepting that it doesn’t matter whom you love and have feelings for, as long as you’re happy, while the other tries to come to terms with the fact he is capable of being in a committed relationship and that love exists.

This book has it all. Humor, the best sex scenes I’ve ever read, a little bit of drama and oh-no-he-didn’t and of course, since there are female characters, also a little bit of the-bitch. Logan and Tate’s relationship is like any other relationship, except both of them are wickedly hot and they are both men. That’s it. There are no icky situations, there are no scenes that make you scrunch up your nose and say, ‘Okay, let’s skip this’ or ‘This isn’t for me’. Nope. No such thing. The moment you start reading it, you fall for Logan – the sexy bastard – and then for Tate, the sweet but surprisingly wicked bastard. You don’t want to put the book down. You most certainly don’t want to skip anything. The only thing you’ll want is to keep reading more and then when you get to the dreaded end of it, you learn that there is more to come next summer. Maybe then you’ll whine and bitch. I know I did.

Ella Frank has ruined me for M/F books and… Oh, who am I kidding? She ruined me for my other book boyfriends. Not one of the guys from my harem comes close to these two. Logan Mitchell and Tate Morrison are now on that list of BBF and they had kicked others aside, going way to the top.

You know what? Just try.

How can I explain how I felt reading this book?  Can anyone explain spontaneous combustion?  Because that is what I felt constantly through the whole damn book.  From page 3, I was enchanted with the player Logan, instantly fell in love with one line  "Batter up! I want to play with some balls."  Ella Frank has taken a real gamble on stepping into a new genre, M/M with in my honest opinion is the best genre today.  Damn if she doesn't come up with "snake eyes", this is her best book to date IMO.  The title could not have been better named, because this book was all about trying.  It is about finding yourself, losing yourself and bettering yourself.    We meet Logan Mitchell from the start,  on an airplane "For the admission price of $543.90, was inducted into the exclusive Mile High Club, and it was worth every last penny" 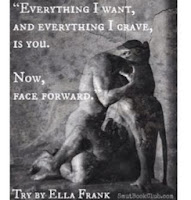 So when Logan walks into his favorite after hours bar, we find that our "player" is actually bi-sexual, and when he lays eyes on the new "straight" bartender Tate Morrison it was instant #I'mgoingtotaptakeandsoon lust.  But Tate see's Logan as the player that he is and calls him out on his conquests, and Logan being the smartass talker he is responds
"That I like to fuck, and that I’ve slept with almost all of the women and a couple of the guys you work with.  And just so you don’t worry about them, they all thanked me afterward."  BAM I fucking love Logan!!!!!  This book is riddled with some of the best quotes and come backs that I have ever had the pleasure of reading.  Here is just a few of my 66 Kindle highlights:

"Does every word that comes out of mouth have to do with sex?   Usually, eighty/twenty, but with     you it seems more like ninety-eight/two"

"You’re welcome to try, but unless something’s shoved in my mouth, I have to tell you, it’s next to       impossible to ever shut me up" 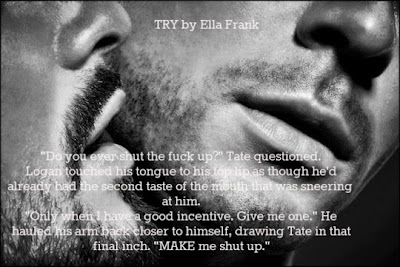 "You make me want things that I’d forgotten I wanted" 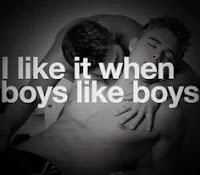 ***Fanning my self***,  I could go on with Ella's dialogue,  to put simply this was the hottest book I have ever read, in ANY genre.  I look forward to next summer when I can get my hands back on my "boys" in Take.  This book made me laugh, made cry, and made want the throttle Logan multiple times through out it.