Give Me Strength, Give Me series by Kate McCarthy 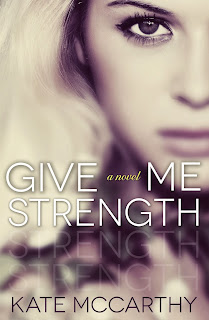 Life hasn't been kind to Quinn Salisbury. With a mother that is anything but and a step-dad that only knew how to get into big trouble, Quinn tried her best to survive. And she did. She had even found her happily-ever-after.

Until it was taken away from her.

Several years later, she's still doing only that. Surviving. She's content with the life she has and the few friends. At first sight, one may think she's weak but is, in fact, actually a strong person, a motivated character to leave behind all the nasty stuff from her past and to rise above it all. She manages to prove she is better than her mother, for one. 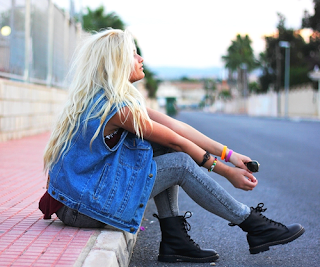 Things really do change for her when she meets Travis Valentine. Remember him? Oh, I couldn't forget about him! When I first met him in Give Me Love, he was the overprotective but hot older brother. Tall, blond hair and blue eyes. Oh and he was scruffy, did I mention that? Nasty job that slowly eats away at him, he admitted to not sleeping enough and smoking far too much. (I love a guy that smokes, just an FYI) 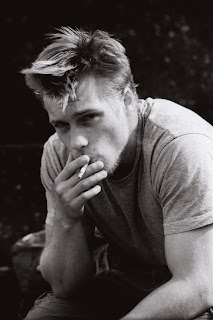 Anyway, turns out, there are times when a one-nightstand does not remain a one-nightstand and Quinn's path crosses with Travis' and well, sparks fly. Add in the Mob, a crazy but loving family - the Valentines - with the Jamieson band and Travis' friends, things will go down. You'll melt, you'll laugh and you'll munch on your nails, ruining your nail polish because there's some action in it to keep you on your toes too.

It was bound to happen. Kate McCarthy does not disappoint with the second book of this series.

I love the glimpses we get of Jared and Evie; Mac and Jake ---> these two will kill me, for sure and of course, the Badass Brigade.

Travis is a fave of mine. Has been since book #1. But that doesn't mean I can't have a soft spot for Casey and Jake. Both of them would deserve some cuddling.


"You're a survivor, and on the inside that makes you more beautiful than you can possibly imagine. Do you think I want perfect? No one is ever that. Perfect is for people who don't know how to be real, and I don't want any of that. I want you." ~ Travis

"Tell me you want me to fuck you," he breathed against my lips before moving his mouth to my neck, his hands climbing underneath my shirt.

You can ask Kate McCarthy to give you more on: