"It's always the strongest that fall the hardest." 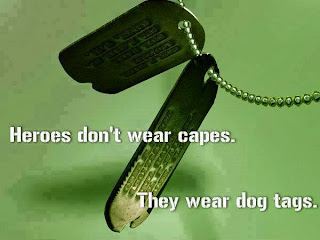 Ryan Kendall is broken. He understands pain. He knows the hand of violence and the ache of loss. He knows what it means to fail those who need you. Being broken doesn’t stop him wanting the one thing he can’t have; Finlay Tanner. Her smile is sweet and her future bright. She’s the girl he grew up with, the girl he loves, the girl he protects from the world, and from himself.

At nineteen, Ryan leaves to join the Australian Army. After years of training he becomes an elite SAS soldier and deploys to the Afghanistan war. His patrol undertakes the most dangerous missions a soldier can face. But no matter how far he runs, or how hard he fights, his need for Finlay won’t let go.

This is a story about war and the cost of sacrifice. Where bonds are formed, and friendships found. Where those who are strong, fall hard. Where love is let go, heartache is born, and heroes are made. Where one man learns that the hardest fight of all, is the fight to save himself.


This is a story about loss. About heartache. About fighting for what you want, for what you need in order to keep going. This is the beautiful but haunted and gut-wrenching love story of Fin and Ryan.

This story makes you think of certain things you may have ignored or may not have wanted to acknowledge. And that is just how easy we do have it, compared to some. I'm talking about soldiers of any kind; those that go out after hard training and leave everything and everyone behind to fight for a cause they believe in. Ryan and Jake, his best friend have done this. They both went to war, to fight in Afghanistan and not only once but several times.

Ryan Kendall. A seemingly carefree, sweet guy who has a lot of demons he needs to exorcise and leave behind in the past, in order to move on. But he can't seem to let go of the past. The only way he knows of fighting these demons is to enroll into the army and become a SAS soldier, even if this takes him away from the only person that is his everything. She doesn't know because he never told her. How could he, when he believed she deserved way better? I admit, there were times when I simply wanted to shake some sense into Ryan because he kept thinking he knew what was best for her and taking decisions instead of her, but somehow, I also got where he was coming from. I also believe him going to Afghanistan so many times was his own form of punishment, one he thought and wholeheartedly believed he needed. Just like there were certain things from his childhood he believed he deserved.

"Being a soldier has been his escape, his flight from the demons that bound him, and Fin had been the only one who could stop him from running forever."

All Finlay Tanner ever wanted was to be with Ryan. Shy but with a big heart, she reminded Ryan of someone dear to him and she always had his protection and his friendship but never more than that. In order to get a reaction out of him, she did a few things she later regretted. Like give her first kiss to Ryan, not Ian. Have her first time with Ryan, instead of Ian. But even though she thought she was better off with Ian, thinking she never had a chance with Ryan, she still valued her job more than her relationship with Ian. She was smart and she aspired to get somewhere far. And she did. She went to excursions to Antarctica in the name of science. She also could have gotten her PhD but chose to stay for Ryan. How they get there, though, you'll have to see on your own.

Fact is, these two have a long way ahead of them before finally getting where they want to be; before finally getting the beginning of their HEA. This long road is stretched across many years of innocent flirting, of heartbreaks and losses. Of tears and blood and sweat. Of being this close to losing the very reason that keeps them breathing, for them to realize they have to snap out of it and do what they should have done a long time ago but thought it wasn't what the other needed or wanted. And they get there. They do. With the help of friends and family and even though it's tough and hard, it's worth it. It's worth the read, it's worth the tears because this book, this story makes you feel and be thankful for what you have, even though they may seem small.


"I carry scars, Fin, both inside and out." ~Ryan
"Everyone's perception of beauty differs." ~Fin

"Even though we've never been together, you've always been mine, and even if I never get to keep you, you'll still be mine." ~ Ryan


Oh I forgot to mention that Ryan does know how to loosen up, sometimes and even be funny.


And he can also make you feel like it's way too hot.

"Baby, I'll have you screaming my name so loud, your face will be what's bursting brightly every time your neighbors wave hello with a smirk." ~ Ryan

"Well now that you've got me here," she told him as he knelt down between her legs and hovered himself above her, "what are you going to do with me?" ~ Fin
His dark eyes flashed heatedly into hers. "Wicked, wicked things, baby." ~ Ryan


Okay, and the last one because really, I could go on about it.


"I need you to wake up and smile at me like I'm your everything, because without you, I'm not anyone's anything." ~ Ryan

Did I convince you yet? 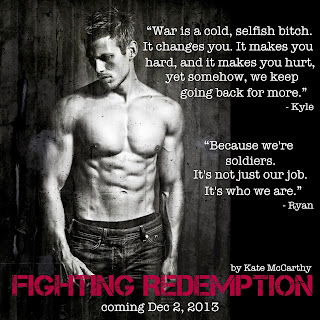 This book will be out on Dec 2.

***ARC provided by author in exchange for an honest review*** 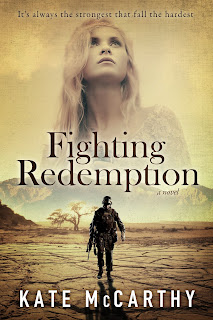 You can find Kate McCarthy on: